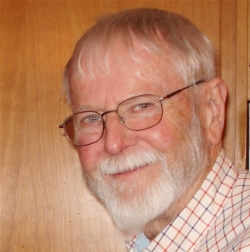 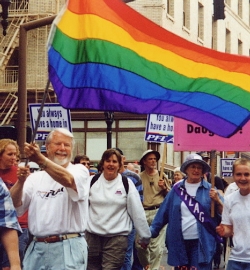 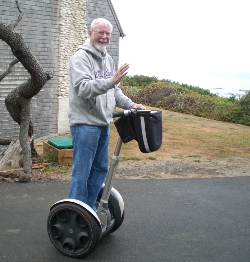 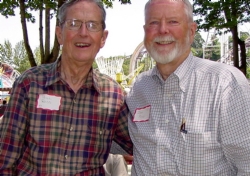 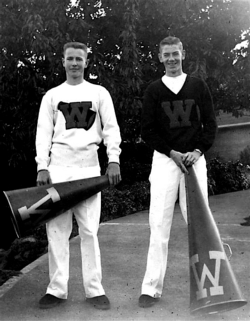 From Rally activities in the Class of 1953, through family, successful business, community, and civil liberties/gay rights efforts, Don lived and "worked" his values. He was unfailingly kind, generous, honourable, and loyal.

He attended Mt.Tabor Grade School.  Don's father, Dr. Cecil J Ross, was a 1916 Washington graduate. Don had been a life-long active Republican (a "Grey Goose" team member who first supported liberal Robert Packwood's 1960s senate election). Yet, after deep soul-searching, he left the party during the George W. Bush regime and supported those whom he believed best promoted paramount Constitutional civil liberties.  This exemplified his robust intellectual and moral integrity despite the ease with which he could have quietly "gone along" with most of his closest friends and associates.

This was written by Don for wahicols.com a few years before he passed away.

The Portland area has been my home most of my life. Retirement came 11 years ago from the business I had for 30 years selling industrial instrumentation in the Pacific NW.  My wife, Joanne, and I travel quite a bit and have visited 49 countries. For over 30 years collecting Hot Wheels was my hobby. Selling them is as much fun as it was collecting them and I am meeting new collectors all over the world.

My lifelong interest in cars now involves running my modified Mini Cooper S on track days at Portland International Raceway. I have also have had a Segway for 6 years and find it fun and useful, almost 4000 miles to date.

After learning that our son was gay about 20 years ago, Joanne and I have been active in gay rights issues. It is interesting what how your children can lead you to new experiences. Through this activity we have made many new friends and have a lot of fun.