Jefferson -- Small in Numbers, Big in Size and Unity 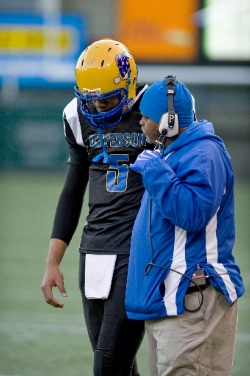 When the team faced a quarterfinal playoff game on the artificial turf at Hare Field in Hillsboro a couple of weeks back, Stoudamire went to work acquiring the right type of shoes for players who didn't have them and couldn't afford them.

He drove to the Nike Factory Store on Martin Luther King Jr. Boulevard, where turf shoes were on sale, and negotiated the price downward. He bought 10 pairs.

Then he went to the outlet mall in Woodburn, did the same thing, and picked up 15 more pairs.