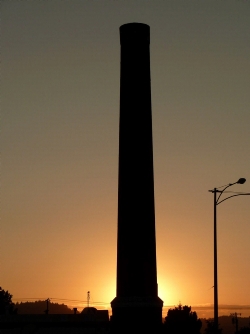 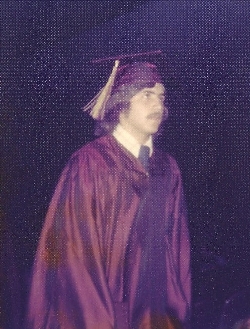 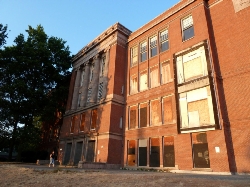 Loactes Old Yearbook & Tours WaHi
From Larry Sabin (Class of 76) August 21, 2010:  One thing that is evident to me is that we are all here on earth are on a journey; we all have our own path to take some of us fly high, while others lose their way and seem to be afraid of taking even their first steps on to their own path of discovery. They end up following other peoples paths and believe other peoples beliefs simple because it is easier. After all they have all the answers !
I say beware and follow your own path no matter where it takes you.  That is where this story begins.  One day I was on my old high school web page looking on the bulletin board when I saw a listing asking if anyone knew where to find a Washington high school year book from the year of 1963. I thought for a moment I had, because the very same problem happened a couple years earlier. I had spent a considerable amount of time hunting down some copies of year books for myself that I had lost years earlier, so I went to Washington H.S from 1972 -1976.
What I found was that the Portland police dept had bought up all the archival year books from all the Portland area H.S for there police work and that they were sitting in the main police head quarters in their basement located in the Rose Quarter District. I posted a reply never thinking to ever get an answer. I felt good, I had been a good Samaritan and pointed a former Washington H.S student from 1963 in the right direction. After all I had walked that path and I knew the way!
A couple weeks past & I was quite surprised one morning when I received an email from Windy Steidle (The woman that had posted the note on Washington's high school web site thanking me).
Anyway to cut to the chase, we started e-mailing back & fourth and I had found out that Windy wasn't a student from Washington H.S, but that her birth mother had gone to Washington H.S in 1963. She had been given up for adoption and all she wanted to do was to see what her birth mother looked like. Six months later and we finally got to speak on the phone she said she had found out where her birth mother lived.
Her mother was residing in Montana. Also she had a "do not contact order" written on her adoption papers. When asked what I would do If it we're me, I would walk right up to my birth mothers door and knock. What is she going to do... reject you?
After speaking with Windy, I had found her to be very respectful. She said she didn't want her birth mother to be mad at her, because she did get a cryptic message through to her birth mother on a classmate's site. Her birth mother ending up asking who was sending her the message.
Windy replied that it was somebody that was born in 1963. Her birth mother never replied back and that is where she said the story ends. Like Windy, I too had gone searching for answers to my past. I have gone back to Washington H.S and watched the wrecking ball smashed into the lunchroom but left the main building standing It had been built in 1914.
As a teacher I see year after year students that have graduated returning to visit. Some of their personalities remain the same, while others have dramatically changed.
As I look upon that old building I can't help but imagine all the thousands of lives and stories it has seen. Think of all the dramas, all those plays that have passed through it's walls. Someday when the cycle of it's students come to enjoy their twilight time, their light will flicker out just like that old building someday will. For now the sun still sets on that old building but someday that to will crumble under the weight of the wrecking ball, (otherwise know as fate). As the story goes, I finally meet Windy this week. She is from Klamath  Falls. I showed her around Portland and of course as the sun was setting we finally made it to Washington H.S.
To the photos Larry took this day with Windy, see:  Larry Sabin Photos
Print