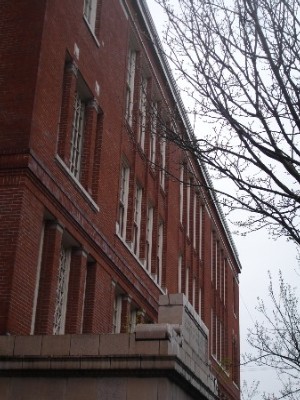 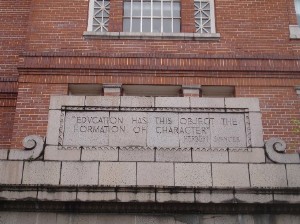 The Portland School Board on Monday authorized negotiations to begin with Beam Development LLC for the purchase of two parcels of land, one of which includes the historic high school. Beam met the district’s two-part mandate: to receive fair market value for the 2.6-acre site, and to propose development that favored family housing. The selection followed Portland Public Schools’ solicitation for proposals. A nine-member advisory committee chaired by Board Member Douglas Morgan recommended Beam Development.
“When we started this process, and given multiple objectives for the future development of the property, we weren’t sure what to expect,” Morgan said. “But positive collaboration with the community, and our own desire to be good neighbors, combined with a developer with a good track record and sensitivity to community values, has resulted in a terrific outcome.”

The outline of the development proposal to be negotiated includes a down payment of approximately $7 million upon closing later this year, with further payments between $2.2 and $2.8 million upon successful completion of the project and sale of the housing.
The land parcels are part of a site, bounded by Southeast 12th and 14 avenues, between Stark and Morrison streets that has long been the home of public school buildings, with various schools operating there since 1876. In 1909, the school was named Washington High School. That building burned, and the present-day building was constructed in 1922.
In 1977, Monroe High School, once the all-girls polytechnic sister school to Benson, merged into Washington High School. Washington-Monroe closed in 1981, and the building was used for administrative purposes until several years ago. It has remained vacant since then, although it was prepared to house Hurricane Katrina evacuees in the fall of 2005.
In 2005, the City of Portland purchased 5.4 acres of the property for $4.5 million. That parcel included the gym, a three-story addition, a one-story outbuilding and the track and field. The city intends to use the land for a community center and athletic fields when funding becomes available. The remaining 2.6 acres comprises two parcels in the northeast and southeast corners of the site, one largely vacant, and the other housing the high school building.

Beam Development’s preliminary proposal is to construct 57 condominiums in the four-story, 120,000-square-foot building, including family-oriented units on the top floor. The west entrance to the school would be fully restored as the main entrance, providing an elegant approach to the building.
The company proposes a complex of mixed retail and housing units for the undeveloped property. In addition to a five-story structure containing a retail-commercial ground floor and one- and two-bedroom units above, Beam proposes two rows of townhouses for families. The final number of units and buildings will depend on the mix of housing units and the final review of city codes and other regulations.