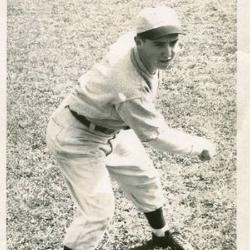 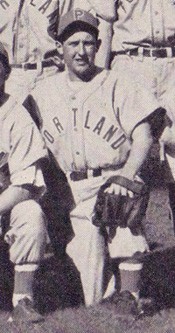 Former WaHi Counselor and Pro Scout
Pienovi, Andrew Anthony 90 Jan. 06, 1923 July 06, 2013
Andrew "Andy" was born in Portland the youngest of four to immigrant parents, Silvio and Maggiorina Pienovi, a typical immigrant family that worked 24/7 trying to give their children the best education possible.
Andy went to Columbia Prep H.S. which was on the University of Portland campus, then later graduated from University of Portland with a Masters in Education. Andy later joined the Navy and served during WWII. He met Helen Henry in Bremerton, Wash. while they were both stationed there in the Navy. Helen was from Tacoma originally.
Later, after the Navy, they were married 1946. He became a high school teacher and baseball coach. He coached for 18 years winning the state championship in 1959 as head coach at Jefferson High School. His 1961 team was 24-2 losing only to Rick Wise led Madison both times.
After his teaching career, Andy became a professional baseball scout for several teams including the Minnesota Twins, Kansas City Royals, San Diego Padres, Chicago Cubs, Los Angeles Dodgers and finished with the Toronto Blue Jays. He has two World Series rings.
His family was everything to him. He is survived by his wife, Helen; sister, Reca Cereghino; children, Silvio, David, Andrea Baffaro and Brian; and has 11 grandchildren and three great-grandchildren.
To see the Family Photo Album, Click Here
Print