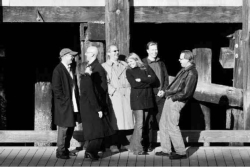 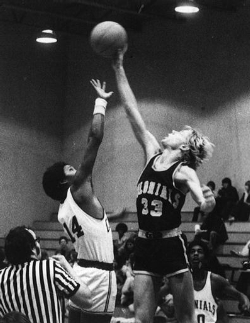 The story of THE Mediocres begins in the winter of 2005.  Working together at the Mithune architectural firm, Bill and Washington High School alum Ron van der Veen (Class of 76) realized they shared a passion for music. Wanting to gig together they soon invited everyone in the 200-person office to a huge jam session.  In order to avoid being upstaged by better musicians, however, they encouraged only people with mediocre talent to show up.

Much to their surprise, 25 people responded with a veritable orchestra of instruments, from guitars, pianos and horns to even a washtub. Encouraged by this auspicious beginning, the group tentatively planned a few more informal jams. Ron and Bill's day jobs began to suffer, but their vision became clearer and more ambitious: a real band with its own name!  After seeing the movie The Commitments, the band's identity came to Ron in a dream. Since their preference was for marginal musicians, "THE mediocres" was a natural fit.